From the Volume 12, Spring 2022 issue of the CCI GHC Condo News Magazine 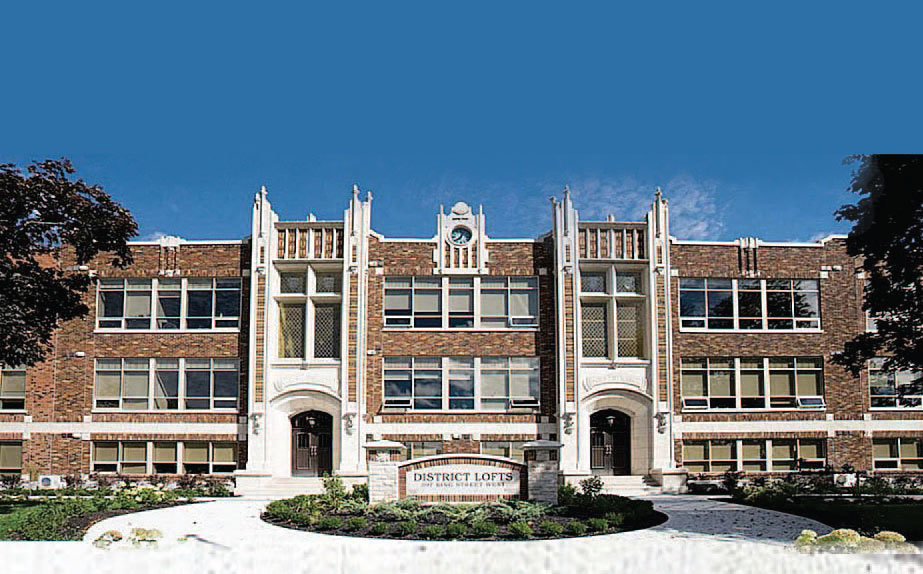 What do you do with a beloved schoolhouse that has been left empty for a number of years? Well in the case of the Dundas District school, you sell it to a capable developer and transform it into high end condominiums.

The Valvasori Group (brothers Dave & Mike) purchased this iconic property at the western end of King Street in Dundas from the Hamilton District school board in 2009. The school with its Gothic features, built in 1929 just below the Dundas Peak and Webster’s & Tew’s Falls, had gone from being an elementary school to a high school and finally a middle school.

Along the way there had been many building additions and renovations which made for a challenge to develop the structure into what was envisioned. The award-winning developers, along with innovative and visionary designers and architects, planned to transform this edifice into a comfortable but high-end living space.

There were many hurdles to jump to enable the transformation of the property to a residential building from the municipality zoning perspective. Additionally, there were regulations to abide by from the Hamilton Conservation Authority & Niagara Escarpment Commission because of the proximity to the Niagara escarpment, Spencer Creek and a busy railway track. Several conditions had to be met before the permits for construction were even issued. Finally, in 2012 the transformation of the property began.

By early 2013 the internal design had been developed. The plan included transforming the site into 44 individual units with a gym, the addition of 35 individual garages (space for 48 vehicles) that matched the original building and balconies for the side and rear units. The front façade of the building had to be maintained in its original design for historical purposes. In 2015 the Valvasori brothers won a Heritage Property Developer Recognition Award from the City of Hamilton for the transformation of this building. Most of the units were sold before the developers even launched a formal marketing effort! The first residents moved in during the summer of 2014.

Restorations such as this are not covered by a TARIAN warranty but the builder stayed on site for the first year of occupancy, fixing issues that arose and serving as property management. In fact, they still show up to lend a hand or help to solve a problem when needed. Once the property was registered, owners elected a 3-person Board to work with the developer / property manager while we transitioned to a property management company. 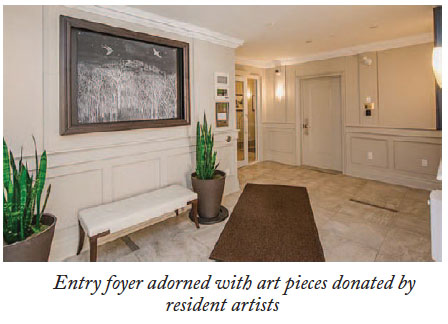 As we have learned together and taken on more responsibilities, the residents have come together as a caring community with many forming deep and abiding friendships, actively involved in the operation of the building. Committees were formed for social activities, internal décor and exterior gardening which included the roof-top terrace design. The management team is inclusive and participatory, and the decision-making process is based on consensus. We have drawn from the pool of talented and knowledgeable residents to deal with ad-hoc issues such as the regular invasion of tourists looking for the Dundas Peak or the Falls which is in our “backyard”, albeit some 200 meters above us!

We struck an ad-hoc committee in year 2 to review the need and plausibility of an emergency power source for the building. This led to the installation of a generator to power emergency lights and critical equipment in the case of power outages. Next on the agenda is to form an ad-hoc committee to determine how and when we can facilitate the installation of EV chargers as well as to explore the feasibility of installing solar panels on our huge flat roof.

Our condo, with its history, quality finishes, unique layouts and proximity to the Bruce Trail and Dundas Peak, as well being a short walk to downtown Dundas, has become a much sought-after address. Many of us cannot imagine living anywhere else.