January, 9 2020 Published by Toronto and Area Chapter - By James Russell

From the Winter 2019 issue of the CCI Toronto Condovoice Magazine.

Discovery's Condominium of the Year award is not their first accolade. Just two years ago, Discovery not only prevailed over every condominium in the GTA to become the local winner of CCI's 2017 Great Canadian Condo Contest but was crowned the national winner as well – an unprecedented achievement that has yet to be matched. "We are very appreciative and honoured to be selected and awarded the Condominium of the Year. This award will serve to remind our community of many great things we have accomplished together, and hopefully continue to inspire more participation and involvement from everyone to continue making Discovery a desired community to be a part of," says William Choi, the board's president. 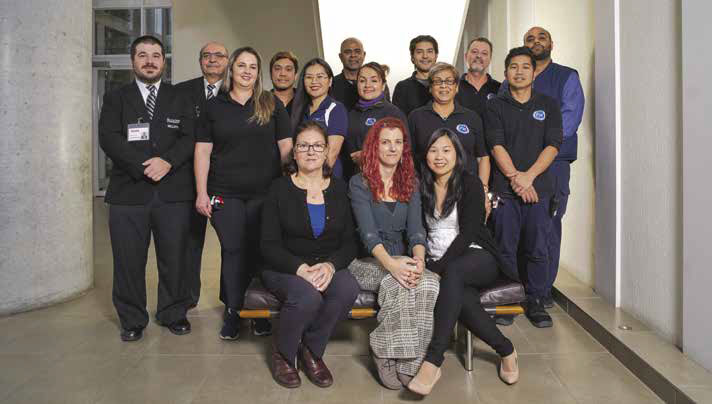 Discovery's 1,131 units are set in four highrise towers and an assemblage of town houses. The complex, known to Canada Post as 15, 19, 29 and 33 Singer Court is located in Concord Park Place, a sprawling forty-five acre plot of land bounded by Highway 401 to the south, Sheppard to the north, Leslie to the east and the elegant, eight-acre Woodsy Park to the west. This entire swath of land once belonged to the Canadian Tire Corporation. Discovery opened in 2012 and occupies but a small footprint of the multi-building complex that will eventually comprise Concord Park Place's estimated five thousand units. The street that borders Discovery on the north was named after Verner Milton Singer, the North York Reeve from 1957 to 1958 and a member of the Ontario legislature from 1959 to 1977. 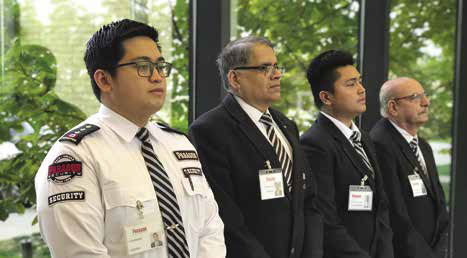 Although endowed with amenities common to most condominiums, it is Discovery's uncommon perks that set it apart from just about every building in the GTA, amenities such as their Yoga room, dedicated study lounge, theatre room, dog park, card-playing room, children's playroom, and their pet washing and drying facility.

Discovery's Amenities Coordinators not only welcome new residents to the building, but provide newcomers with a guided tour to familiarize their newly arrived neighbours with the complex's amenities and innovative programs, which include: 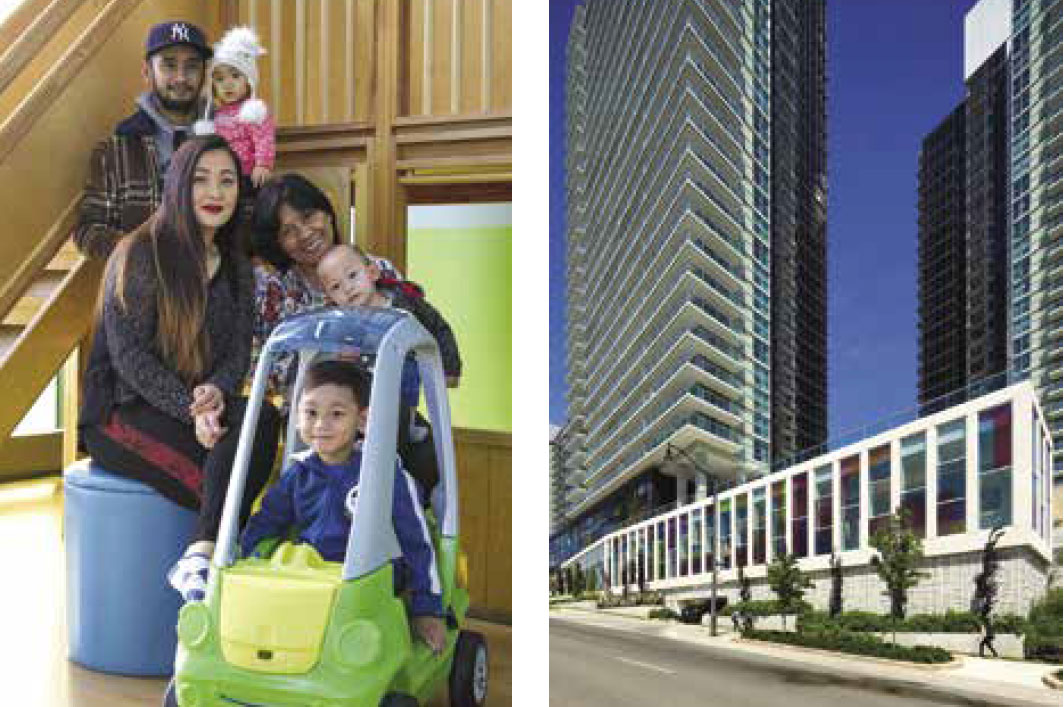 But for Roger Salema, Discovery's Director- at-Large, it isn't just the amenities and programs that represent the complex's core strength. Rather, it's "The diverse groups of people, cultures, and ages, which are similar to Toronto's myriad of cultures." Discovery's very active social committee, in collaboration with the board and staff, organizes activities tailored for that diversity with year round programs capped off by the committee's crowning achievement, their annual 'Let's Celebrate Discovery Holiday Party'. The event is an opportunity for residents and their families to get together to celebrate their community and meet their neighbours, board and staff. The programming includes Santa, a photo booth setup to take fun portraits, face-painting, balloon animals, gingerbread crafts, a 'guess the number of candies in the jar' contest, letter writing to the North Pole, finger foods, hot chocolate, music, and an interactive wheel with over $1000 in prizes. The much-anticipated event requires more than two months of planning by the committee's volunteers.

Discovery's board of directors is made up of William Choi, President; Wendy Manel, Vice-President; Ian Chan, Treasurer; Roger Salema, Director-at-Large and Ji (Sophia) Wen Ying, Secretary. In sum, the five bring to the table not only a diversity of professional experience including engineering, finance, information-technology and science, but a mix of young and old, condominium living veterans and newbies. That diversity helps the board maintain a vibrancy that is important for managing a community as large and diverse as Discovery.

Developing communication that is consistent, easy-to-read, and marketed in a way that residents will be eager to take notice is a challenge for any board. It took the board of Discovery years of experimentation before honing their now successful communication strategy. Their Know Your Condo and Amenities of the Month posts along with Maintenance Alerts posts on the concierge desk and the notice boards in each of the building's three elevators, provide residents with important information about their building and community. Board and management also employ mass-email, voice-mail and text messaging broadcasts. 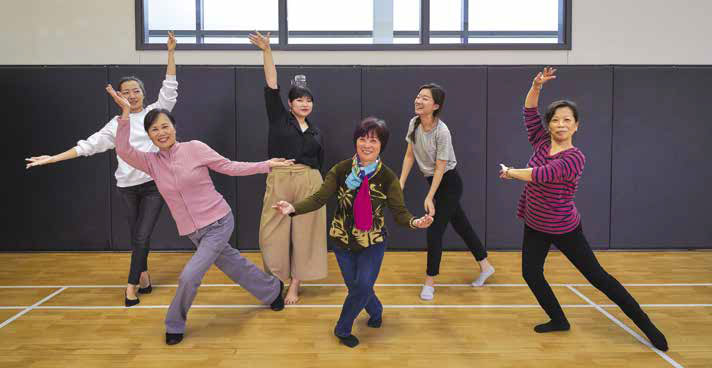 Those communication avenues were put to the test when disaster struck on January 21, 2019. It was a sunny but cold Monday morning with the outside temperature hovering around minus twenty, not unusual for January in Toronto, although the bitter Arctic air flowing from the north made it seem much colder. No one knows exactly how much water cascaded from above when Discovery's sprinkler system pipe froze then ruptured. As you might imagine the board, management, staff and residents had more on their minds, and hands, then giving a thought to accurately measuring the water swirling around their feet and legs. And although the water spewed from the burst pipe for a mere twenty minutes before the flow was throttled, by then that single pipe, located in the mechanical penthouse perched atop the 28th floor, had potentially disgorged 70,000 gallons. "The stairwells resembled Niagara Falls,' says Aleksandra Homesin, Discovery's tireless and unflappable property manager. The board and management began delivering hardcopy, emailed and verbal updates to residents within minutes of the rupture and continued to communicate with residents throughout that day and subsequent days and nights. "We worked hard to ensure that there was regular communication and updates to the community," says Wendy Manel, the board's vice president. During those first few days, Discovery's board and management committed all their energy and hours to tackling not only the myriad of mini-crises that presented themselves minute-by-minute but the board and management successfully devised a long term strategy for returning their community to its previous state of excellence. Over the following months, the board, management, and staff committed all their heart and soul to restoring Discovery to its former glory and in July, just seven months after the sprinkler pipe unleashed its fury, the restoration work was finally completed.

Much of Discovery's healthy sense of community results from the open relationship initiated and nurtured by Aleksandra who says, "A resident's first introduction to the management office is extremely important because it establishes the relationship between Discovery and the resident immediately -- instead of after the fact." Granted, many boards and property managers express that desire for 'open door' accessibility; Discovery's board and management however, live and breathe accessibility. Management even replaced the solid door to the Management Office with a glass paneled one. And while replacing a door was but a small budget expenditure it sent a huge, heartfelt message to The Discovery's 'family' of residents, visitors and staff. That feeling of kinship was demonstrated recently when one of Discovery's staff experienced a near fatal family emergency. Knowing that spending time with their loved one would result in not only reduced working hours but a reduced paycheck, staff and management contributed to a fund to lessen the staffer's financial pain.

In addition to recent improvements such as: upgrading the fitness equipment, installation of free Wi-Fi in the guest suites, repainting all common areas, replacing the hallway and ground floor carpets, upgrading their Children's Playroom, installation of Canada Post mailboxes, and refurbishing their piazza, Discovery 's board continued focus on sustainability and energy-efficiency has resulted in 'greening' projects that include:

In all, the board's energy initiatives have resulted in a 20% savings in hydro consumption and enabled the board to hold this year's maintenance fee increase to 0.9%.

The judges awarded Discovery with this year's Condominium of the Year award not simply based on their crisis management mastery and the amazing level of team-work practiced day-to-day by the board, management and residents but in recognition of the heart and soul at the core of Discovery's vibrant and diverse community. "I felt so ecstatic, like many people who found out, and proud for all of us that made this (award) possible," says William.