April, 1 2020 Published by Toronto and Area Chapter - By James Russell

From the Spring 2020 issue of the CCI Toronto Condovoice Magazine.

The English translation of 'Villa Giardino, Palazzo Classico' is 'garden village, classical palace', but that translation fails to include the fact that YRSCC 998 also sets the gold standard for good governance (governo) and easy living. 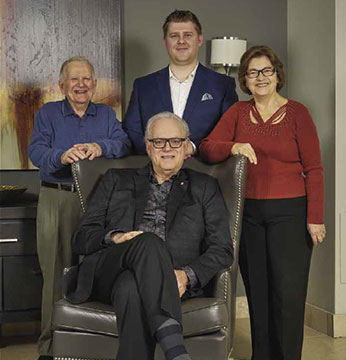 Villa Giardino, Palazzo Classico, is a fivestorey building made up of ninety-seven spacious one and two bedroom units that range from 600 and over 1000 sq. ft. The European style complex was completed in 2003 on former farmland in the community of Concord (Concordia). The condominium is set between a commercial complex on the west and to the east, the lovely Waterside Marsh, a lush, green wetland, part of a meandering tributary that feeds the Don River twenty-two kilometres downstream.

In addition to the usual amenities (gym, sauna, party room and whirlpool), the residents of Villa Giardino, Palazzo Classico enjoy an in-house hair saloon, aesthetician and a Corporation-provided bus service that ferries residents to local grocery stores, and to church on Sundays. A priest makes monthly visits to the building to accommodate their less mobile residents.

"My mom needed a warm, comfortable place, with like-minded residents," says the board's president Frank Luchin of why he purchased a condominium in Villa Giardino, Palazzo Classico fifteen years ago. Frank doesn't live in the building, but his mother still does and, "She loves it. She is very happy here." 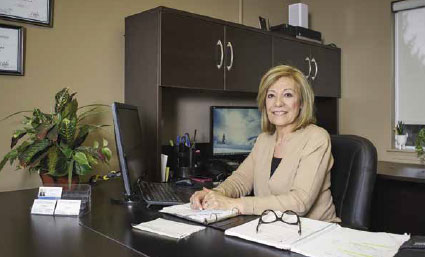 Concettea Decina was one of Villa Giardino, Palazzo Classico's first residents, "it wasn't even finished," when she moved in. Concettea, who spends part of her year in Mexico, chose the freedom of condo living after selling her house in Richmond Hill. She recently retired from the board after serving fifteen years as their vice-president.

For John Cacioppo, a a four-year resident, the decision to purchase a unit in Villa Giardino, Palazzo Classico was just as personal, "I have friends here. It's close to everything."

As you may have already guessed, "The condominium is made up mainly of Italian speaking pensioners," says Frank. Carlo Maiola, the board's vice president, refers to the spry residents of Villa Giardino, Palazzo Classico "Teenagers over eighty."

Villa Giardino, Palazzo Classico's threemember board is made up of Frank Luchin, president; Carlo Maiola, and Maria Luisa Porcelli.

"The challenges that the board faces are mainly related to the age and ethnicity of the residents. They (Villa Giardino, Palazzo Classico's residents) have quite a time understanding that they only own the interior of their suites," says Frank. As home gardening is popular in Europe, the board and management often have to explain to newly arrived unit owners that they may not remove patio slabs to expand their flourishing gardens. 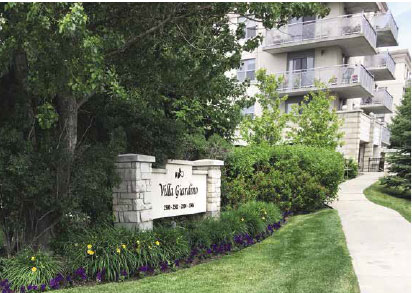 Much of Villa Giardino, Palazzo Classico's success has to do with the board's stability and single-minded devotion to good governance. Carlo has been on the board fourteen years. Frank is entering his sixth term as President. "In the beginning it was kinda tough," says Frank, "but we (the board) promised each other that we would make this building a building to look up to. And we did. We have achieved our promise through hard work and the co-operation of all involved."

"The board is proud that we have maintained a healthy financial situation for fifteen years even though we have carried out major projects," says Frank who adds that fiscal responsibly and good governance are not the board's only responsibilities as the individual board members have also taken on some of the duties typically delegated to a building's superintendant. Why? Because, years ago, Villa Giardino, Palazzo Classico's board eliminated their superintendent's position as they couldn't see the financial advantage of not only paying a superintendant's salary but providing the superintendant with a suite, which they now rent.

Communication in any building where two languages dominate is likely to be a challenge, but because of the unusual demographics of their residents it didn't take long for the board and management to learn that face-to-face was the most effective method of communication. Few of Villa Giardino, Palazzo Classico's residents have computers, fewer still have email. And smart phones? Suffice to say that Villa Giardino, Palazzo Classico's residents are more likely to assume that the word iWatch is a remnant of Etruscan slang, a civilization that once flourished centuries before the birth of present-day Italy. Nevertheless, the board and management do employ some technology in the form of monitors in the elevators that provide residents with timely information about news, activities, and weather forecasts. Their mailroom's Community Bulletin Board however, continues to rely on traditional paper and ink notices. "We have a very high turnout to our meetings including the AGM. Approximately 65%," says Frank. The board hires an Italianspeaking interpreter for their yearly AGMs, in part, to help residents understand the all-important auditor's report. 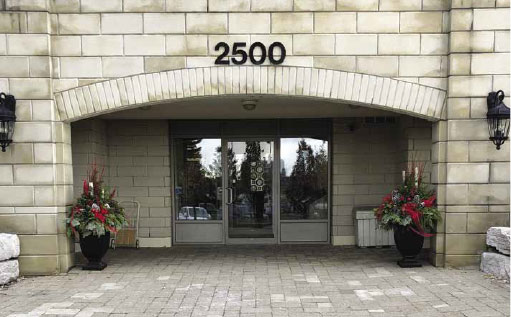 "They're a friendly group of people," says Josie Osti, Villa Giardino, Palazzo Classico's on-site Administrator for the past five years. "It's a fun place. I look forward to coming in here," adds Josie, who speaks both English and Italian.

Because the only other residential communities are in the distant south and west and not a condominium for miles to the north or east, Villa Giardino, Palazzo Classico is a community onto itself. Perhaps their geographic isolation has, in some part, contributed to the exceptional level of resident participation, not just in the building's events but in maintenance. Although the team of contracted cleaners do an excellent job of keeping the building spotless, it is not unusual to see a resident whip out a handkerchief or tissue and provide a window or polished surface with an extra measure of sparkle. That desire for 'sparkle' includes doing their share to protect the environment as the board and management provide residents with individual glass and paper bins in the garbage rooms on each floor and in areas designated for discarded electronics and large items. The city provides curb side pickup.

It's safe to say that every condominium building in the world sometimes provides board and management with unwanted 'surprises'. For Villa Giardino, Palazzo Classico it was last summer's unexpected failure of the building's rooftop MUA's (Make Up Air units). Although the board was presented with a replacement quote of well over $200,000, the board and management were able to get the two MUAs up and running at a fraction of that cost.

Additionally, "We have made changes to our Declaration to address the owners wishes in dealing with Airbnb, cannabis and pets and we recently signed a contract with a cable provider at a more reasonable rate for the owners".

Villa Giardino, Palazzo Classico's board is proud of its long history of good governance and fiscal responsibility. An achievement that has been crucial to maintaining the 'buone condizioni di vita' ('good living conditions') that their residents treasure but, the board does have one request of residents, "Please don't remove the patio slabs."